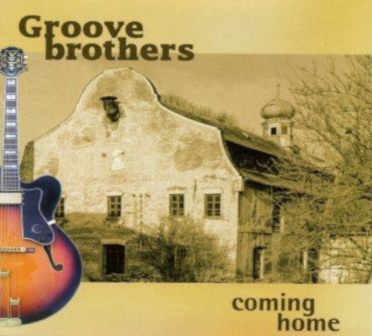 The Band: As logically as Hans Meier is referred to as "Yankee" by his fans, Michael Gottwald, Regensburg´s Nr. 1 drummer, is known as "Scotty". Steffi Denk, on the other hand, hasn´t yet been dubbed with a nickname, but the singer from Regensburg with raw soul in her voice, is also the youngest of the troop. The Regensburg trio was expanded to a quintet with the addition of two guests, whom "Yankee" Meier met at a concert in Dresden and grew to appreciate greatly. Stanley Bloome from Eisenach has lent his boppy saxophone playing to greats such as Dusko Goykovich, Kenny Wheeler and Lee Konitz. Ralf Ruh was born in Switzerland, but has made his home in Berlin. The pianist, has been pounding the Hammond organ since 1995. 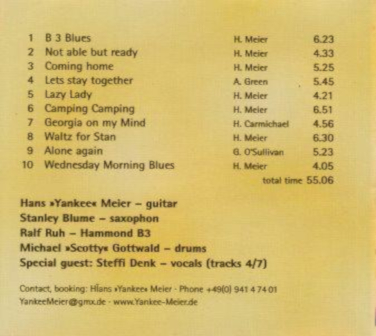